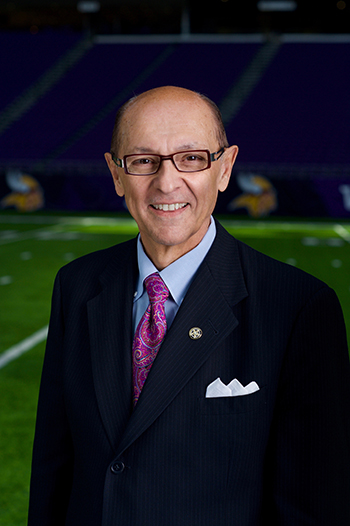 Michael Vekich has served as the Chair of the Minnesota Sports Facilities Authority, the governing board that represents the State of Minnesota’s ownership and oversight of U.S. Bank Stadium, since July 2017. Chair Vekich is an experienced senior executive known for innovative and effective leadership of complex organizations with a proven track record of providing business and financial counsel. Also known as Minnesota’s “go to guy.” He has consistently demonstrated expertise in strategic planning, finance, compliance, governance, succession planning and resource alignment. In addition to his leadership and guidance of the Minnesota Sports Facilities Authority, Chair Vekich also serves as the Chair of the Board of Trustees, Minnesota State Colleges and Universities; CEO, Vekich Chartered; Chair of BNCCorp and BNC National Bank and providing leadership through other private and not-for-profit boards. He previously served as President/Chair the Bank Holding Company Association, and twice as the Acting Director of the Minnesota Lottery and Chair of the Minnesota Board of Accountancy. Vekich earned his degree from the University of Minnesota. 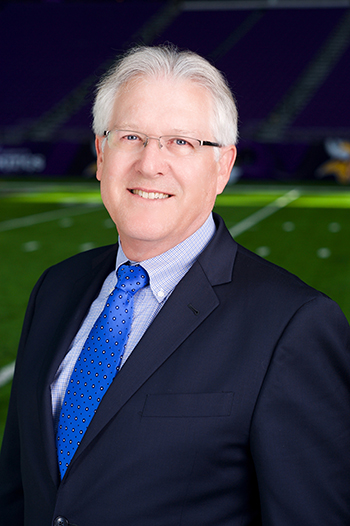 Bill McCarthy is a Minneapolis native, a Vietnam War veteran and a University of Minnesota alumnus. He joined Hotel Employees & Restaurant Employees Local 17 in 1985, became a business representative and then was elected president of the local. In 2002, Bill was elected President of the Minneapolis Regional Labor Federation; the largest central labor body in the state. After serving as Minneapolis RLF President for more than 13 years, Bill McCarthy was elected President of the Minnesota AFL-CIO in 2015. Additionally, Bill serves on the Board of Directors for the Greater Twin Cities United Way. In March 2012, Bill was named as the winner of a national United Way award for labor leadership, the Joseph A. Beirne Community Services Award. Bill is a board member of Meet Minneapolis, Convention + Visitors Association, which works to market, sell and maximize the visitor experience of Minneapolis for the economic benefit of our community.

Bill is committed to organizing, mobilizing and reaching out to community allies in order to build partnerships and create jobs that can sustain a family and strong communities.

Sayles Belton served as mayor of Minneapolis, MN., from 1994 to 2001. She was the first woman and first African American to be elected mayor. During her time in office, she achieved national recognition as an expert on public/private partnerships in public safety, neighborhood revitalization, and economic development. She served on the Minneapolis City Council for 10 years (1984-1994) and was council president from 1990-1994. Sayles Belton began her career with the Minnesota Department of Corrections as a probation and parole agent, and later served as the Assistant Director of the Minnesota Program for Victims of Sexual Assault.

Sayles Belton completed the program for Senior Executives at John F. Kennedy School of Government, Harvard University in 1986, attended Macalester College in St. Paul, MN in 1973, and received an Honorary Doctorate in Humane Letters from Walden University in 2003. 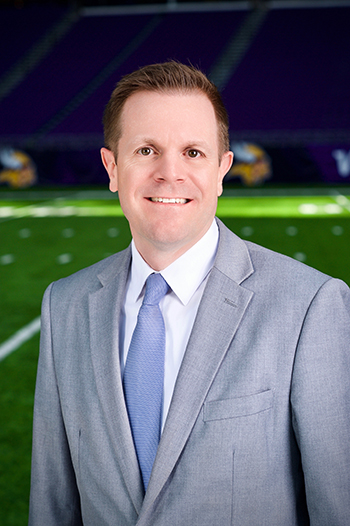 Tony Sertich is the President of the Northland Foundation—a rural non-profit in northeastern Minnesota. The Northland Foundation is a resource for people, businesses and communities in Northeast Minnesota working toward prosperity through economic and social justice. Through grant making and programmatic activities, the foundation focuses on youth and families, seniors, self-reliance, leadership and small business development.

Sertich spent over a decade in elective office in the Minnesota House of Representatives. At the age of 32, he became the youngest Majority Leader in the state’s history. Sertich served in Governor Mark Dayton’s cabinet as the commissioner of the Iron Range Resources and Rehabilitation Board—a rural economic development agency. Sertich has been an instructor in the University of Minnesota Duluth’s Master of Advocacy and Political Leadership program and has a lengthy list of board service experience, including with the Duluth Seaway Port Authority, UMD’s Natural Resources Research Institute and the Center for Rural Policy and Development. 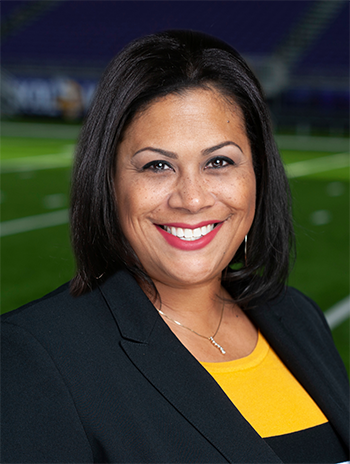 A St. Paul native, Angela was raised in the Rondo Community and infused with a generational legacy in community service. She proudly serves as vice chair for Summit-University Planning Council; and as a board member for the YWCA St. Paul, the City of St. Paul's Neighborhood STAR program, and the Minnesota Sports Facilities Authority. Angela is committed to creating opportunities and shaping communities where people can thrive!